I recently had the opportunity to work with an organisation to demonstrate and promote the practice of ‘positive social media’. Creating positivity around their brand, company and members, through the content marketing channels they are using.

Surveys of their customers had revealed feelings of negativity towards them for a very simple reason – they focus on the ‘problem’ they solve too much.

But any marketer will tell you that marketing and advertising is all about solving problems for customers, so what’s the difference?

Social media is very visual. A lot of time spent in there could be described as ‘downtime’ or ‘relaxation’ or even ‘socialising’. People don’t necessarily want to be brought down during that time, especially when there is already so much negativity and sadness in the world. The other thing they don’t want is false positivity.

Survey after survey has revealed that the thing we all want most from businesses and brands on social media is authenticity.

Authenticity and positivity you say? What does that look like?

Open up your social media and have a look at the imagery you have used and the language in captions and graphics. How often are these things negative – in the context of trying to be relatable to your customer?

What feeling do you get from your content when you look at it now, after reading the opening few paragraphs of this article?

The easiest way to get started is with the technical stuff, like images and words you use. In marketing we are taught to address the pain points of our customers but you can also do that in a positive way. You don’t have to show the frustrated head in hands image. You can show the jubilant image and put the solution ahead of the problem. Flip it.

Think about hairdressers and interior stylists. Imagine if their feeds were full of the before shots rather than leading with the after shots. You can do the same with your products and services.

Like this “what if you had the solution to the problem in your hands right now, how would you feel?”

Instead of “are you sick of having this same problem over and over again? Don’t you wish there was a better way?”

False positives can be negative.

There’s a difference between being positive and being deliberately positive. The difference is whether or not you actually do and say and are the things you say you are. You can show up in bright colours and big smiles and talk about joy and positivity in your business but if, in the background, there are inconsistencies in your reviews and what people say about you – and that kind of scenario actually works against you.

Be authentic. Deal with the problems instead of glossing over them.

Sometimes you need to do good things for no reward. People and brands often talk loudly about all the stuff they do behind the scenes, but imagine if you just did the stuff and let people talk about you. Let the recipient of your good deeds post about it. They will. People talk. You’re in a global social network…sometimes you have to sit back and let your positive reputation build itself…hard I know.

Include people in your social media. Real people. Any way you can. Invite the team to contribute ideas; introduce them; call out their successes; congratulate them; congratulate peers and people in your industry when they have made a positive contribution. If it doesn’t suit your consumer brand, then look at channels like LinkedIn to do that. The energy will flow into your brand.

Positivity. Being genuine. Solutions first. I want this to be the cornerstone of your social media strategy.

You won’t regret it! 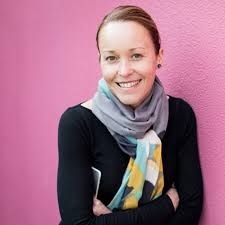 I founded Mac&Ernie to provide social media training and strategic marketing to small businesses and community organisations throughout Gippsland and other regional areas.

There is nothing I love more than providing my clients with ‘oh wow!’ moments; those times when they learn something new, and immediately wonder how their business ever lived without it. That happens a lot because even though social media has been around for over a decade, it's still very new to many business owners.

With over 25 years of marketing and advertising experience, and a proven track record of putting social media to work for business, I am well placed to help you navigate the sometimes-confusing world of digital and social marketing. My training is grounded in the experience of local businesses and an understanding of what makes regional communities tick.

My workshops, one on one sessions and strategic marketing advice both provide practical, accessible and customised advice that you can act on immediately. I also create custom workshops for larger businesses wanting to upskill staff or start a social media or marketing strategy from scratch. At the moment, Mac&Ernie only operates 'physically' in Gippsland and the eastern suburbs of Melbourne but, thanks to the magic of technology I can be anywhere.

Please get in touch if you'd like to learn more or browse my services and upcoming workshops and webinars at www.macandernie.com.au